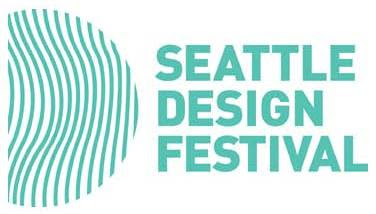 Mark your calendars! Plans are coming together for the first-ever Seattle Design Festival a city-wide event September 16-25 that reveals and celebrates the importance of design. To learn more about the Festival, click here.

Many of you have already expressed your enthusiasm and interest in being involved, either as an individual or as a firm. This is an opportunity to show the broader public the value of design and our role in it. We excited to bring our members out in force to help make this debut a success! Here are several different ways members and member firms can connect with the Festival.

With over 30 events in 10 days, the Festival will only be a success with the help of volunteers. We have leadership roles and short-term opportunities available to suit your schedule. Here's where you can make a difference:

We've set up a full menu of lectures, films, tours, and events, but we've deliberately left room on the Festival calendar for social events, audience participation, and spirited get-togethers with the goal of educating the public on the importance of design. We invite you to take the lead in organizing around one of these opportunities.

Want to support the Seattle Design Festival in a meaningful way, but don't have much time? Sponsoring the Festival is a great way to be involved in making the Festival a success (and put your name out there in the process). To learn more about sponsorship opportunities contact Stephanie Pure at (206) 448-4938 ext.103.

Thank you for your support in helping make this first Seattle Design Festival the place to be this Fall. Together we can tell the story of how good design makes a difference.
Posted by Puget Sound ASHRAE at 4:29 PM No comments: Links to this post

The Living Building Challenge is attempting to raise the bar. It defines the most advanced measure of sustainability in the built environment possible today and acts to diminish the gap between current limits and ideal solutions. This certification program covers all building at all scales and is a unified tool for
transformative design, allowing us to envision a future that is Socially Just, Culturally Rich and Ecologically Benign™. 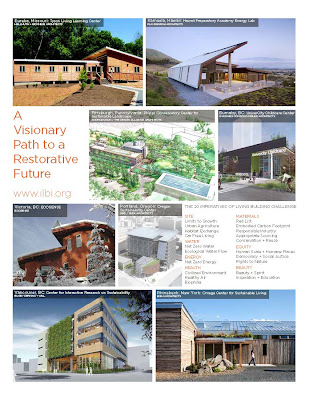 Posted by Puget Sound ASHRAE at 9:29 AM No comments: Links to this post

AIA Seattle - Energy, Innovation, and the Future of Design 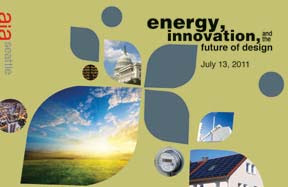 The all-day continuing education forum will delve into key frameworks for change and innovation and their impacts on the architecture, engineering, and construction industry. Energy leaders will discuss the future of this exciting confluence of technology and design.

Our Energy Future - What does our energy picture look like ten years from now, and how will it impact the design of buildings and communities?

THANKS TO OUR PROGRAM SPONSORS 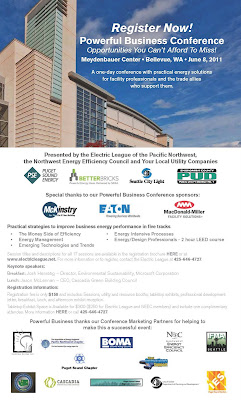 Puget Sound Chapter ASHRAE is a marketing sponsor of the 2011 Powerful Business Conference. This event will be held at Meydenbauer Center in Bellevue on June 8.
Click on the link below for further information and to register:

ATLANTA – New legislation introduced in the U.S. Senate would help pave the way to make buildings more energy efficient by reducing barriers in the residential, commercial and industrial sectors to make use of new technologies.

“ASHRAE commends and thanks Senators Shaheen and Portman for their leadership in introducing the Energy Savings and Industrial Competitiveness Act of 2011,” Lynn G. Bellenger, ASHRAE’s 2010-2011 president, said. “This bill takes a significant step forward in our nation’s efforts to conserve the environment and encourage sustainability while fueling the economic recovery. We are particularly pleased that the legislation would encourage the U.S. Department of Energy to work with code and standard development organizations to develop definitions of energy use intensity (EUI) for use in model codes or in evaluating the efficiency impacts of the codes. In many ways the focus of this legislation parallels ASHRAE’s own focus on increasing energy efficiency, as seen through Standards 90.1 and 189.1, our building professional certifications and training programs.”

ASHRAE worked with Senators Jeanne Shaheen (D-N.H.) and Rob Portman (R-Ohio) to develop this legislation, and will continue to be an active partner in developing this, and similar legislation.

ANSI/ASHRAE/USGBC/IES Standard 189.1-2009, Standard for the Design of High-Performance, Green Buildings Except Low-Rise Residential Buildings, is the first code-intended green building standard in the United States. It covers site sustainability, water use efficiency, energy ef¬ficiency, indoor environmental quality and the building’s impact on the atmosphere, materials and resources as well as construction and plans for operation. ASHRAE’s partners in developing 189.1 are the Illuminating Engineering Society of North America and the U.S. Green Building Council. Standard 189.1 serves as a jurisdictional compliance option of the International Green Construction Code being developed by the International Code Council, the American Institute of Architects and ASTM International. For complete information on the standard, including a readable copy, visit www.ashrae.org/greenstandard.
Posted by Puget Sound ASHRAE at 8:40 AM No comments: Links to this post

ATLANTA—The recent announcements regarding the U.S. Energy Information Administration’s (EIA) decision to not release the results of the 2007 Commercial Buildings Energy Consumption Survey (CBECS), and to halt work on the 2011 edition of the Survey, have prompted ASHRAE to request action.

EIA has opted not to release the 2007 CBECS results— a national sample survey that collects information on the stock of U.S. commercial buildings, their energy-related characteristics, energy consumption and expenditures—and has suspended work on a 2011 Survey due to statistical issues and funding cuts, respectively.

ASHRAE has issued a letter strongly urging Congress to include funding for CBECS in the Fiscal Year 2012 appropriations bills to allow work on the 2011 edition of the Survey to continue. This is particularly important in light of the 2007 CBECS data discrepancies.

“Information from CBECS plays a critical role in building energy efficiency through the many federal and private sector programs that use the Survey’s data in their efforts to establish benchmark levels and promote energy efficient practices, including ASHRAE’s Building Energy Quotient (Building eQ) program,” Lynn G. Bellenger, P.E., ASHRAE president, said. “Additionally, many of ASHRAE's committees depend upon CBECS to help develop some of the standards in use by the federal government, states and local jurisdictions.”

Currently, the latest version of CBECS data is from 2003. If funding is not provided, work on the 2011 CBECS data will not continue, and the government and industry will be forced to rely on data that is nearly a decade old and in need of revisions and enhancements, resulting in potential missed opportunities to increase building efficiency and reduce energy use.
Posted by Puget Sound ASHRAE at 11:46 AM No comments: Links to this post

As our 2010-2011 year comes to a close and we celebate Past Presidents of Puget Sound Chapter at our May 11 meeting, we pause to remember two leaders who have recently passed:

Richard C. PHALEN Born in Bremerton, January 18, 1939, to Dorothy Sidam Phalen and Lester C Phalen. Attended school in Bremerton and graduated from West High School in 1957. Received an Associates Degree in Engineering from Olympic Community College in 1959. Married to Barbara Crittenden in 1960. Surrounded by his family, Richard passed away on April 26, at age 72. He was a member of the Army Reserve from 1957 to 1965. At Paco Pumps he excelled as a Sales Representative and retired after 44 years. Richard was a long time member of the Association of Heating, Refrigeration & Air Conditioning Engineers, where he served as president and was honored for his contributions. He enjoyed attending the symphony and other musical events, camping, hunting and fishing, trips to Alaska and Lake Chelan, and numerous family dinners and barbeques where he refined his skills as a chef. Richard is survived by his two daughters, Janis and husband John Wilds, Ginger and husband Jeff Chan, his sister Patricia and husband Edward Pieper, granddaughter Flora Wilds, nieces Vicki Koehly & Cindy Samson, and nephew Steve Pieper. Memorial services will be held on Monday, May 30, at 1:00pm at the Graham Visitors Center, Washington Park Arboretum, 2300 Arboretum Drive East. In lieu of flowers memorial contributions may be made to Fare Start in Seattle, or the Seattle Symphony.

SEATTLE, Wash. – Dean E. McFeron died peacefully on Wednesday (March 2, 2011), surrounded by his family, from injuries sustained in a recent fall while he was out for a walk on a beautiful day.

Dean was born on Christmas Eve, 1923, to Ruth and Wallace McFeron and was preceded in death by his parents, his brother, Victor, his sister, Carolyn, and his daughter, Phyllis Ann in 1970.
He is survived by his wife, Phyllis; sons and daughters-in-law, Dave and Lexie, Doug and Diane, and Don and Joey; grandchildren, Jesse, Scott, Katie, Elise, Shira, Erin, Ian, Colin and Devin; and great-grandchildren, Molly, Owen, Ryan, Lucy and one baby on the way.

The day after the end of World War II, Dean spotted a cute and lively Navy Wave on a train in New Jersey, introduced himself and married her soon after. They celebrated 65 years of marriage last fall.

He was a WWII Navy veteran and retired as commander. He received mechanical engineering degrees from the University of Colorado and the University of Illinois at Urbana, completing his doctoral studies at the UI where he was also an ME professor.

He moved his family to Seattle in 1958 to join the ME faculty at the University of Washington, served as chair of the Mechanical Engineering Department, and retired as professor emeritus of mechanical engineering about 30 years ago.

He was national president of Sigma Xi, a national officer of ASHRAE, and active in several other professional societies. He enjoyed skiing, was an avid sailor, and a great reader. He was a gatherer and decipherer of data and maintained an active interest in all things scientific.
The family extends thanks to the exceptional doctors and nurses at Harborview Medical Center ICU whose care of Dean and his family provided guidance, support and comfort during his last days with us.

Published in The News-Gazette in March 2011. 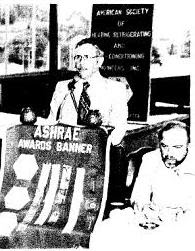 Dean McFeron (standing)
and Dick Phalen (seated)
lead a Puget Sound Chapter
meeting in 1981
Posted by David Landers at 10:35 PM No comments: Links to this post

You are invited to attend the Sustainable Building Advisor Program Open House/Information Session on Thursday, May 26, 2011 from 5pm to 7pm at Seattle Central Community College, Room 1139B. Please RSVP to analiza.ambion@seattlecolleges.edu or aambion@sccd.ctc.edu for seat and free parking.

Click on the image below for further information and to register: 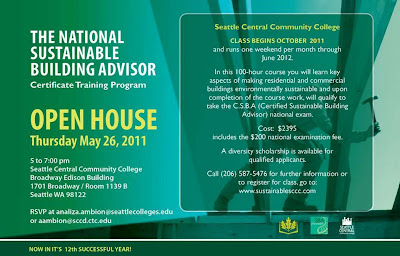 Posted by Puget Sound ASHRAE at 2:52 PM No comments: Links to this post

Passive House (passivhaus) is the world’s most rigorous approach to energy efficient design and construction, achieving a 75%-90% greater efficiency than standard built-to-code buildings in the US. With the addition of a relatively small amount of site-produced energy (PV, wind or other), Certified Passive House buildings can achieve Net Zero Energy today.

For more information and to register for this presentation go to: http://www.aiaseattle.org/node/5573
Posted by Puget Sound ASHRAE at 2:15 PM No comments: Links to this post

The 2009 Seattle Energy Code (and Washington State Energy Code), Section 1411.1, last sentence of the first paragraph, requires that products covered under Tables 14-1A through 14-1G be listed in a nationally recognized certification program. Tables 14-1A(3) and 14-1A(4) specify minimum equipment efficiencies for VRF equipment and cite AHRI Standard 1230 as the test procedure.

Officers of the Chapter